Nice bit of ethnic cleansing by the Sun last week, in this picture of Prince William and his crew during Royal Navy manoeuvres in the azure seas off Montserrat. First picture is what appeared in the London Metro. The second picture is what appeared in the Sun. Although if you look not very closely in the second picture, you can still clearly see the guys knees. Makes it look like the boat is VERY excited at having Wills on board.

You can take out the black man, but you can't take out his knees apparently. 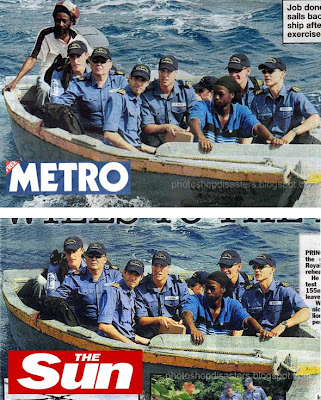 Had a bit of a shocker when I went on the Those Were The Days Forum earlier today. Saw a link, saying 'is this the ugliest Ipswich Town fan on Facebook?'. Clicked on it, and was faced with a picture... of me. 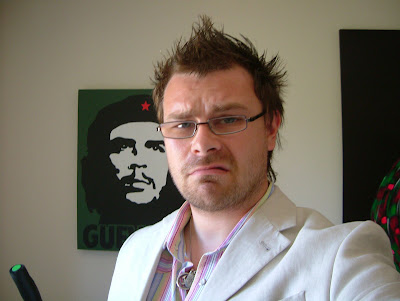 *** UPDATE ***
Have realised that the person who linked on the forum has worked out how to make it upload your OWN picture. Arse. Feel like a complete twat now.
Posted by Chez Guevara at 4:20 pm 7 comments: