Old Mother Hubbard
Went to the cupboard
To get her poor doggie a bone,
When she got there the cupboard was bare because she had spent 13 years creating public sector non-jobs for people with worthless degrees. So the poor little doggie shat in her bed.

There was a crooked man and he walked a crooked mile,
He found a crooked sixpence upon a crooked stile.
He bought a crooked cat, which caught a crooked mouse
And they all lived together in a little crooked house that he bought with a secret loan from a millionaire chum that he didn't declare to his mortgage lender because he's a sleazy prick who thinks he's better than you.

As I was going to St. Ives
I met a man with seven wives,
They were all sitting on the platform at Bristol Temple Meads and had been there for about three hours because the rail system in this country is a pile of fucking shit.

Humpty Dumpty sat on a wall,
Humpty Dumpty had a great fall.
All the King's horses, And all the King's men
Did not have enough helicopters to put Humpty together again and anyway it's a waste of time because it is a vicious tribal dispute that will continue long after we have been forced to withdraw.

Half a pound of tuppenny rice,
Half a pound of treacle.
By the way, the chief medical officer says that amount of treacle is really bad for you and that excessive treacle eating is costing this country £14bn a day in lost productivity and exploding children.

Baa baa black sheep, have you any wool?
Yes sir, yes sir, but it will cost you £1.20 a bag because of the government's latest hike in wool duty and the fact that sterling is now worth less than the Albanian Lek.

Doctor Foster
Went to Gloucester
In a shower of rain.
He would have stepped in a puddle
Right up to his middle
But luckily he was a GP so was driving one of his Range Rovers to the golf course while his receptionist referred all his patients to the local chemist.

One, two buckle my shoe
Three, four, knock at the door
Five, seven is it? I'm sorry, I went to a state school that felt that arithmetic was not as important as teaching me about lesbians and socialism.

Rock a bye baby on the tree top,
When the wind blows the cradle will rock,
When the bough breaks the cradle will fall,
But the police and fire brigade won't be able to do anything in case they breach the latest health and safety directive from the Department of Fucking Arseholes.

From the Daily Mash
Posted by Chez Guevara at 4:40 pm No comments: 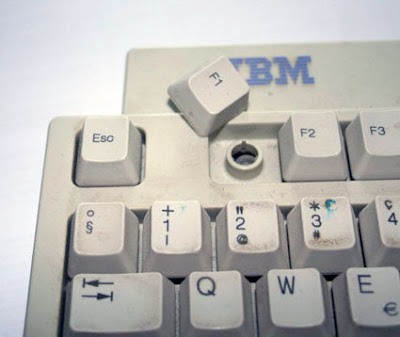 Posted by Chez Guevara at 1:00 am No comments:

A Joke for Geeks

First pics of my new van, which I pick up in Horrabridge at 10am on Saturday. 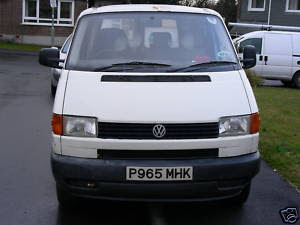 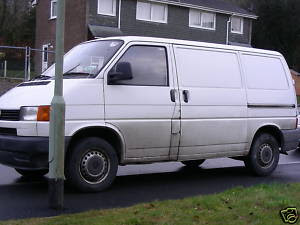 So here's the latest on what's going on with the Fister.

Turns out, the Rozzers were at the accident. Yay!
But it was caused by a stolen car. Boo!
However, they did arrest a person at the scene. Yay!
Although he denied everything, and was therefore bailed for 10 weeks. Boo!
But he has subsequently admitted everything, so he is likely to be charged soon. Yay!
But I have to wait til he is convicted before the insurance will go through. Boo!
Although it will not affect my no claims and I will get the whole amount paid. Yay!
Minus my exess of £350. Boo!
Until he is convicted and then I should get that as well. Yay!
But the Fister is a write-off. Boo!
Although the engineer did value it at the same amount as what I paid for it, 10 months ago. Yay!
But I'm now without a car. Boo!
Although I have now bought a replacement. Yay!

OK, that's quite enough panto for now. Yes, my poor Fister is dead and I'm in the process of replacing it with... a white VW transporter.

Yes, that's right, folks - Chez is getting yet another van. This one is white, P reg, diesel and I got it for an absolute bargain price. The plan? Throw a bed, a hob and some cupboards in the back, paint zebra stripes on the outside and head for the hills...

Pics to follow, just as soon as I get them. And as for a name? Well, my previous vans - Fredzilla and Rudy - grew into their names. I'm thinking either Zebedee (if I go for the zebra stripes) or quite simply Dubya. Or maybe von Dubya. Suggestions gratefully received.
Posted by Chez Guevara at 1:39 am No comments: