Time for an Adventure

I'm off to the Scottish Highlands for a week in my new van. No time to post properly, but I hope to post some pictures when I get back. See you all in a week!
Posted by Chez Guevara at 2:33 am 1 comment:

Just finished watching a rather disappointing match on Sky between England and France, which the French won 1-0. Even though it was only a 'friendly' (if such a thing can exist between England and France), I thought the boys played rather poorly. Unlike Derby County manager Paul Jewell, I thought they lacked penetration upfront. Let's hope Don Capello can bring out the best in us before the World Cup qualifiers start in September.

However, I can't help thinking that Sky commentator Martin Tyler won a secret bet during the game. I can't remember the name of the game - probably Office Bingo - but it was a game I used to play with friends during office meetings, or lately celebrity dinners.

The idea is, a friend will give you certain key words or phrases that you have to slip nonchalantly into the conversation, and you get points (or cash) for using those words in a proper sentence. To give you an idea, I was once at a 'celebrity' dinner, where I had the pleasure of sitting next to Biff from Emmerdale. I managed successfully to use the words 'Zebra', 'Avocado' and 'hung like an Iraqi Despot'.

And thus I was able to spot Mr Tyler's rather harsh but fair word drop during a mazy run by France's Frank Ribery. As Ribery tried to waste a bit more time late on in the match, Martin Tyler commented something along the lines of "...and Ribery is doing his best to win a bit of sanctuary for France late on..."

Apropos to nothing, here is a picture of said footballer, Frank Ribery. Yes, he does remind me of someone. At least, his face rings a bell. 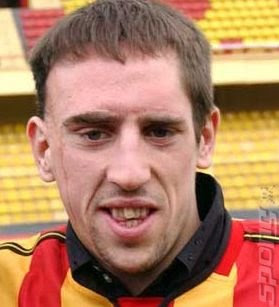 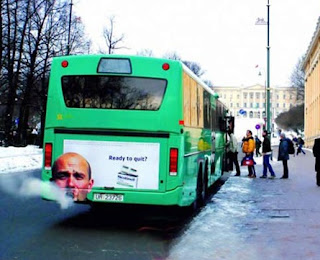 Stopping smoking today. As they say, it's the cigarette that smokes; the person puffing on it is the sucker... Or some other glib Americanism. Anyway, I'm rather excited about it this time, I'm really hoping I've cracked it. I'm a bag of contradictions today. Feeling restless, yet lethargic. Energetic, yet tired. Up and down, bouncy bouncy, with a head full of jelly. Man, I hope I feel better tomorrow.
Posted by Chez Guevara at 11:24 pm 2 comments:

No, and don't call me Shirley. Radio 1 DJ Ladette Sarah Cox has just had a baby boy, and has decided to call him Isaac. Now, with a surname like Cox, surely someone must have told her to choose a different name? 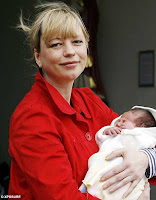 He'll hate you for it when he's older.
Posted by Chez Guevara at 8:43 pm 2 comments: 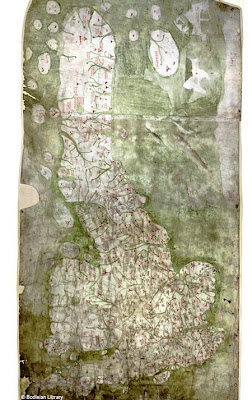 Posted by Chez Guevara at 1:23 am No comments:

Is there Life on Mars?

Pictures taken by NASA's Mars Explorer Spirit have emerged showing a very strange human shape walking down a hill. Is this proof of alien life on Mars? Or is it a trick of the light? 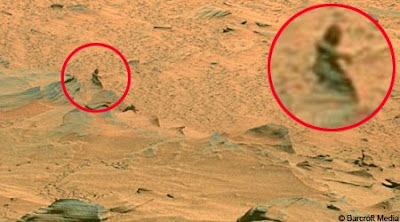 About 50 people have blinded themselves by looking at the sun after reports of a miraculous image of the Virgin Mary in the sky. People in India started staring at the sky after reports of the visions were said to have appeared over the former home of a hotel owner in the Kottayam area in southeast India, The Daily Telegraph has reported.

One hospital in the district reported 48 patients had been admitted with burned retinas since last week. Churches have warned their congregations that looking at the sun will cause permanent blindness and have told them the supposed miracle is not one.
Posted by Chez Guevara at 1:07 am No comments:

The (Big) Daddy of Wrestling

Regular readers may know that I do enjoy a bit of wrestling. I think it dates back to when I was a kid and my nanna used to take us to the wrestling when it was on at the Ipswich Corn Exchange. Many a fun few hours spent watching the likes of Rollerball Rocco, Giant Haystacks and of course, Big Daddy.

The WWE can get a bit Team America, but even so, it's great entertainment. For those that haven't seen it, it's like a homoerotic pantomime with oiled bodybuilders in leather Y-fronts. And it's even more fun watching the ridiculously patriotic USA-USA-USA crowd get remarkably worked up over what is fundamentally a rather vigorous dance routine.

But I digress. TNA Wrestling is the poor man's brother to WWE and, as such, it feels it has to be twice as extreme as WWE to be thought of as half as good. I caught some of TNA Destination X tonight, and to be honest, I've never seen anything so surreal and weird in all my life.

It started off with Curry Man and Shark Boy in a Fish Market Street Fight. Curry Man and Shark Boy are both Japanese 'super' heroes, who repeatedly beat their opponents in the groin with frozen fish. Very strange indeed. I don't know why it was set in a fish market; maybe something to do with sharks eating fish? All very lateral and really rather disconcerting.

They're just about to start another match, an Elevation X match. A free-floating giant 'X', which hangs 30 feet above the ring. First one to fall off is the loser.

A Joke about the Tax Man

At the end of the tax year the Tax Office sent an inspector to Audit the books of a Synagogue. While he was checking the books he turned to the Rabbi and said:

"I notice you buy a lot of candles. What do you do with the candle drippings?"

"Good question" noted the Rabbi. "We save them up and send them back to the candle makers, and every now and then they send us a free box of candles."

"Oh" replied the auditor, somewhat disappointed that his unusual question had a practical answer but on he went, in his obnoxious way:

"What about all these bread wafer purchases? What do you do with the crumbs?"

"Ah, yes," replied the Rabbi, realising that the inspector was trying to trap him with an unanswerable question. "We collect them and send them back to the manufactures, and every now and then they send us a free box of bread wafers."

"I see" replied the auditor, thinking hard about how he could fluster the know-it-all Rabbi. "Well, Rabbi," he went on, "what do you do with all the leftover foreskins from the circumcisions you perform?"

"Here, too, we do not waste," answered the Rabbi. "What we do is save all the foreskins and send them to the Inland Revenue and about once a year they send us a complete prick."
Posted by Chez Guevara at 1:44 pm No comments:

Terrible storms at the moment in Plymouth, with howling winds and driving rain. I've attached a photo illustrating the damage caused to a friend's house last night. It really makes you cherish what you have and reminds us to not take things for granted. 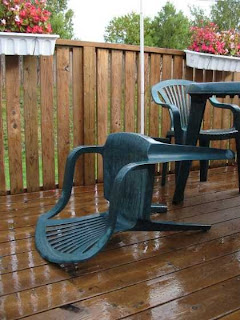