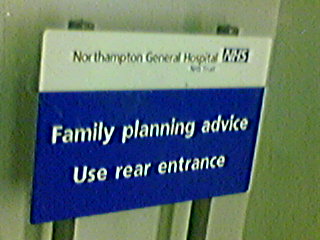 Makes you wonder whether the NHS have commissioned Finbar Saunders to write their official literature...

Who the hell calls their penis a 'sparrow'?

As for the family planning advice, it would be funny were it not so true. I had sex education at school up until Year 11 and in the interests of combatting rising teenage pregnancies, the teacher actually encouraged 'exploring other forms of penetrative intercourse other than genital'. I kid you not. It wasn't a conversation I wanted to have with a 50-year-old male, I have to say.

Italians... Why not ask Uncle Sandwich. I'm pretty sure that the Italian slang for penis - piccu (sp?) - actually means 'bird'. Although that might just be in Piamontese dialect.

And I have to say, you're lucky - sex education in my school was done by the school chaplain.

Italians are very inventive with their sexual slang; pretty much any animal / inanimate object has been used to describe a body part at one stage or another.

Slang is also very regional - in Liguria, ancestral home of the Shit clan, the todger is often called "u piscu" (the fish), but this is probably a comment on our cleanliness rather than anything to do with the maritime traditions of the area...

I love the fact that all the slang words for penis in French (la queue, la zob, la taille etc) are feminine. Now THAT'S empowerment of women.